Multitasking means we simply understand about run multiple app, files, etc. Multitask makes us easy to do any task in short way, like if you are playing games and want to make a call you can open call dialer with the help of multitask. 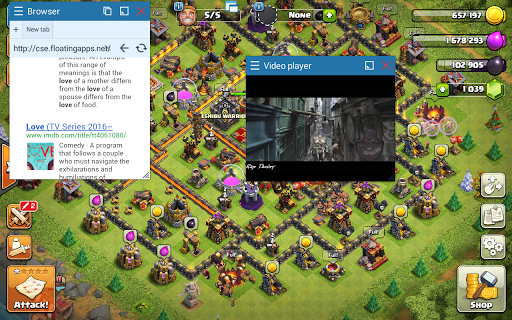 Multitask helps you to open any files existing your running app. officially multitask is not possible to do in any android devices without installing Any of multitask app in your device. Some tablet have that features that can run multi window, but not all operating system get the official app or fuction for this. you can open other files or app while you are recording videos. if you want to do multitask in your android devices. Yes you can, There is app called Floating Apps available in Google Play Store.

How to do Multitask in any Android Devices

Floating Apps is free app that is available in Google Play Store. It carries great features to to multitask at once running many apps same it holds. Multitask is run multiple app in same time in one screen, such as run musci, videos, browsers, calculator etc at same time in your android device.
Floating App is best among all the multitask apps, So it holds some features which are described below briefly.

Well, The app is already available in Google Play Store. You can download form it.
How to download Floating Apps Multitasking Free on Android

STEP 1 : First of you must have good Internet connection, and download Floating Apps Multitasking Goto to link below will redirect to you in play store.


STEP 2: After you finished installing app , simply open it. and start multitasking. Note: If you arw running android version higher then 6.0+ then you must grant all permission. how it looks like, Following are apps in Floating Apps which can be open for multitasking. 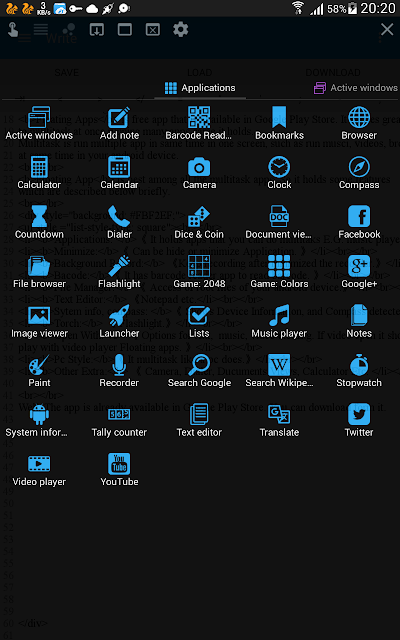 You are done. If you really read the full article from beginningthen you can start multitasking with Floating Apps Free Multitasking. If it was really helpful to you then don’t forget to leave comments below.
This article is all about Floating apps and How to do Multitask in android with this app. For more post , keep on eyes in the site everyday. If you liked the post Don’t forget to leave comments and share your views through comment box.

How to make your android phone look like window pc

Look The Most Popular Android Lite Apps In 2019